Over the past 25 years the number of workers living in extreme poverty has declined dramatically, despite the lasting impact of the 2008 economic crisis and global recession. In developing countries, the middle class now makes up more than 34 percent of total employment – a number that has almost tripled between 1991 and 2015.

However, as the global economy continues to recover we are seeing slower growth, widening inequalities, and not enough jobs to keep up with a growing labour force. According to the International Labour Organization, more than 204 million people were unemployed in 2015.

The SDGs promote sustained economic growth, higher levels of productivity and technological innovation. Encouraging entrepreneurship and job creation are key to this, as are effective measures to eradicate forced labour, slavery and human trafficking. With these targets in mind, the goal is to achieve full and productive employment, and decent work, for all women and men by 2030.

The Moab Foundation is committed to doing its part by building a sustainable earth using digital technologies. 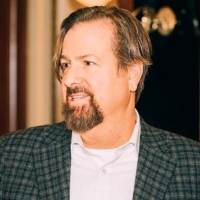